Attempting to travel 1000mph – faster than a speeding bullet

NX is the design tool of choice for team setting out to smash world land speed record and capture the imagination of future engineers.

Igniting the interest of future innovators

How do you fire up the imagination of young people so they want to be the engineers of tomorrow? Invite them to participate in an engineering adventure for the 21st century – to create a supersonic car capable of setting a new land speed record of 1000 miles an hour. That’s a car swifter than a bullet from a handgun and faster than the low altitude speed record for an aircraft, currently 994 miles per hour.

Launched in October 2008, the BLOODHOUND SSC (supersonic car) project has a dual mission: confront the impossible and overcome it using Science Technology Engineering and Mathematics (STEM) and in doing so inspire, prepare and motivate the next generation for life in a low-carbon world. The project will culminate in a 90-second attempt to reach a speed of Mach 1.4 in the South African desert at the end of 2011. The car will be driven by the same RAF pilot who set the current land speed record of 763 miles per hour in 1997.

Despite its long history of engineering, Britain has seen a sharp decline in the number of STEM graduates in recent years and the BLOODHOUND SSC project aims to boost program interest by showcasing the engineering endeavour as much as its technical success. All technical information will be shared and made public with the intent of inspiring a new generation of engineers. The government of the United Kingdom (UK) is providing partial funding for the three-year education program that will include curriculum-based materials. However the project is essentially a private venture which depends on sponsorship from companies, organizations and individual enthusiasts. The Ministry of Defense, for example, is lending three Typhoon Eurofighter jet engines, each with a few hours of life left.

Siemens PLM Software is supplying NX™ software for product design. “As a team, we knew we wanted NX as our design tool,” says Mark Chapman, chief engineer of the BLOODHOUND SSC project. “This was partly based on our own experience and partly because NX is used by the kind of senior designers we are recruiting. We are working at the edge of what is possible in terms of physics and engineering; we can only do this with the best of technologies. We approached Siemens, who understood what we were trying to do, and immediately agreed to support us. They trained six people and are providing a bank of stored mentoring and training days.”

The World Land Speed Record is regulated by the motor sports body, Federation International de la Automobile (FIA). The FIA rules restrict only the number of wheels. There must be four or more with two or more for steering. The vehicle can incorporate any propulsion system and be of any size and weight. “When there is no precedent and no specifications, how and where do you begin the design?” notes Chapman. “We started with what we know: the shapes of the jet engine and the hybrid rocket and the approximate size of the fuel and oxidizer tanks. From these we could derive the best driving position and therefore the cockpit proportions. So we began with a concept design of a package that would hold everything and yet be as small and short as possible.”

NX for the whole package

Using NX for design and analysis, the team created the whole package. This enabled everyone to understand the general layout of the vehicle, including the ride height and the arrangement of systems, such as suspension and braking. The team then created the concept design comprising the individual modules within the package. This included confirmation of fundamental criteria such as aerodynamics, stability and the ability to withstand the loads that will be imparted while driving. By February 2010 the team had completed validation of the concept design and had a master CAD model of the car with everything positioned in-line, ready to call out each sub-assembly for detail design.

NX is absolutely key to the BLOODHOUND SSC project. Chapman explains, “NX is the fundamental design tool of the project. We would not think of doing it any other way. Surfacing, CAE, analysis work and manufacturing all come from the CAD model in NX and all our data comes back to the master model. We cannot do without it.” As members of the team developed the design concept they were able to quickly validate their ideas with NX Nastran® software. Chapman notes, “Part of the contribution made by NX was the ability to check for stiffness and strength – for example, of the main chassis and key suspension links – as we went along.”

One particular challenge is the design and engineering of the solid wheel and the project is receiving assistance from experienced aerospace experts. At 900 millimetres (mm) in diameter and 120mm wide, each wheel will be turning at 10,300 revolutions per minute (rpm), compared with 16-1800 rpm for a saloon (sedan) car driven at top speed on a motorway. “It is a huge piece of kit subject to a radial force of up to 50,000 G at the rim,” observes Chapman. “We need to balance lightness with strength, preserving the geometry that will best support good movement. From that we will carry out stress analysis. As there are no existing tires, we also have to define the tread and create ‘keels’ to bite into the desert surface and give grip. We need to complete test work actually on the desert surface in order to decide on the final shape; then we will make a sample test wheel and test to validate the stress.”

The plan is to hold UK runway tests without the rocket in late summer 2011. As part of the team’s quality and safety process every member will need to be prepared to sign off on each part of the car before it is actually put to the ultimate challenge.

Now that the concept design of the whole vehicle has been completed in NX, the software is being used for detail design of all its parts. The BLOODHOUND SSC team is using a variety of tools to complete different types of analysis such as computational fluid dynamics (CFD) and parametric modelling to model the flow of air and liquid through jet engines and the flow of air across the exterior surface. All the data for analysis is fed from NX. Chapman explains a huge benefit of NX: “In order to study the respective relationships of discrete bodywork features we have to put full car models through CFD, which is being carried out by the University of Swansea. We managed 11 models in the first 18 months. Using a simplified parametric model taken from NX, we were able to do 55 car models in eight weeks, a pretty impressive turnaround.”

The BLOODHOUND SSC team is set to grow through 2010. Communication is important to project success. Chapman notes that the team has a regular dialogue with the Siemens software experts who have been designated to provide support. “Siemens offered us a great package and we are receiving very helpful, practical guidance on the day-to-day usage of NX, for example, in drawing hydraulic circuits,” says Chapman. “This frees us up to focus on the really intricate engineering challenges as we gear up for Mach 1.4 and a tidal wave of schoolchildren keen to study STEM subjects.” 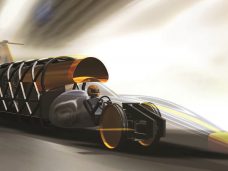 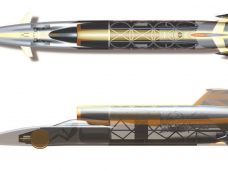 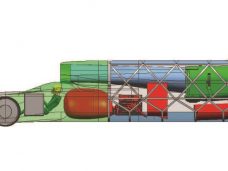 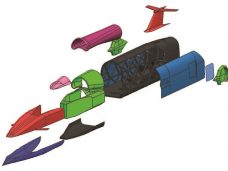 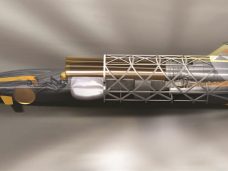 Got a question? Get in touch