Every year, roughly around this time, marks the unveiling of the latest Solid Edge version. Siemens PLM are now on ST8 for the comprehensive 3D computer-aided design package, and adding further enhancements with each release. Solid Edge University is an import that first originated in the United States, and was bought across the Atlantic to benefit U.K. users. The idea is to bring together users, resellers and Siemens PLM in order to network, and provide a variety of training.

The event was held at Silverstone UTC (University Technical College), located in the shadow of Silverstone race track – where Lewis Hamilton was victorious in the British Grand Prix only a few days earlier. We have a longstanding partnership with Silverstone UTC, providing them with Solid Edge from Siemens PLM Software and technical support. Their commitment to developing future engineers literate in the most up to date techniques and software aligns itself to our continued efforts to bolster the engineering sector with fresh talent. 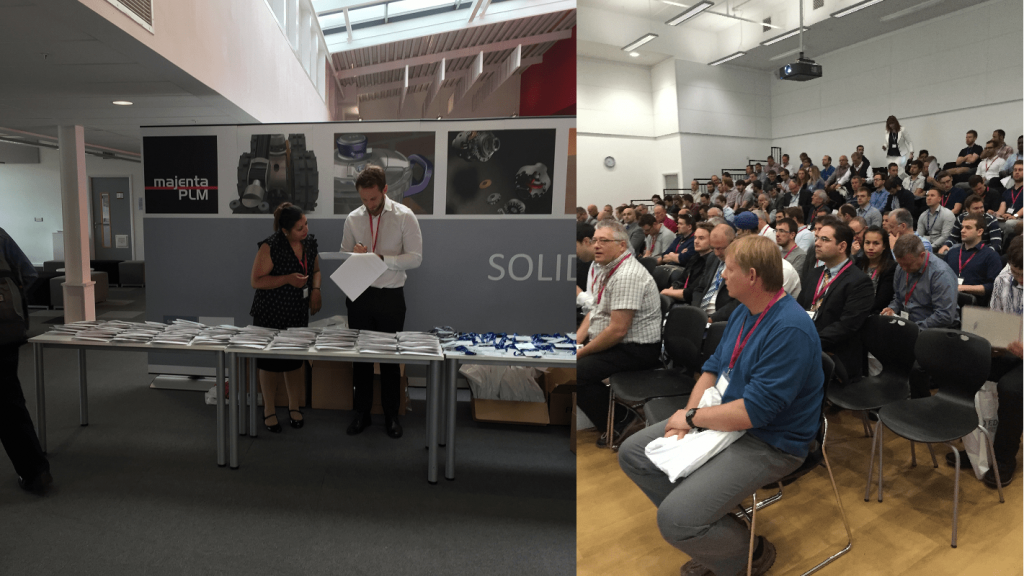 The day began with introductions, most notable of which was Jeff Walker who had flown in from the States. Jeff is Director of Solid Edge product development at Siemens PLM and was eager to highlight the many improvements of Solid Edge ST8. Jeff also chaired a well-received discussion with users concerning what they would like to see in future releases and how they use the software day-to-day.

There were 10 unique training sessions to try and cover all user requirements in relation to the new functionality in Solid Edge ST8. The content from each training session can be found below:

We also had a number of technology partners represented throughout the day, including Physical Digital (see our Reverse Engineering a DAX 427 article), Zuken, 3Dconnexion, Misco, AMD Fire Pro and CAMWorks.

We also had a closing prize draw for a selection of generously sponsor-donated giveaways. The prizes included one of four Apple Watch’s, a Microsoft Surface Pro or a Kindle Fire HDx. For those that registered early two driving experiences were given away.

We aimed for an informative, informal and discursive atmosphere during the day, rather than an event staged purely for the ‘sale’. We want to listen to our customers and the community of users in order to inform our actions, and hopefully continue to improve our service.

A special mention goes to one user who battled through a 6-hour public transport journey just to be with us for the day! We hope all users returned back to their respective workplaces better informed and hope to see more new faces next year.