On Thursday 24th September in Canary Wharf we were in attendance at the world première reveal of Bloodhound SSC, the car that will attempt to smash the land speed record by travelling 1000mph. We were some of the first eyes to be cast upon the shiny metallic exterior, inside the cockpit and beneath at the inner workings.

The event marked the culmination of years of graft for the Bloodhound SSC team – with there still much more to be done before next Easter when the car will be tested in Cornwall. The plan is to reach 200mph in Cornwall, review the performance and then attempt to reach 800mph in South Africa come October 2016. This will break the current land speed record, currently standing at 763mph, and not to be content with this “mere” success Bloodhound will return to South Africa in 2017 to attempt the 1000mph holy grail. 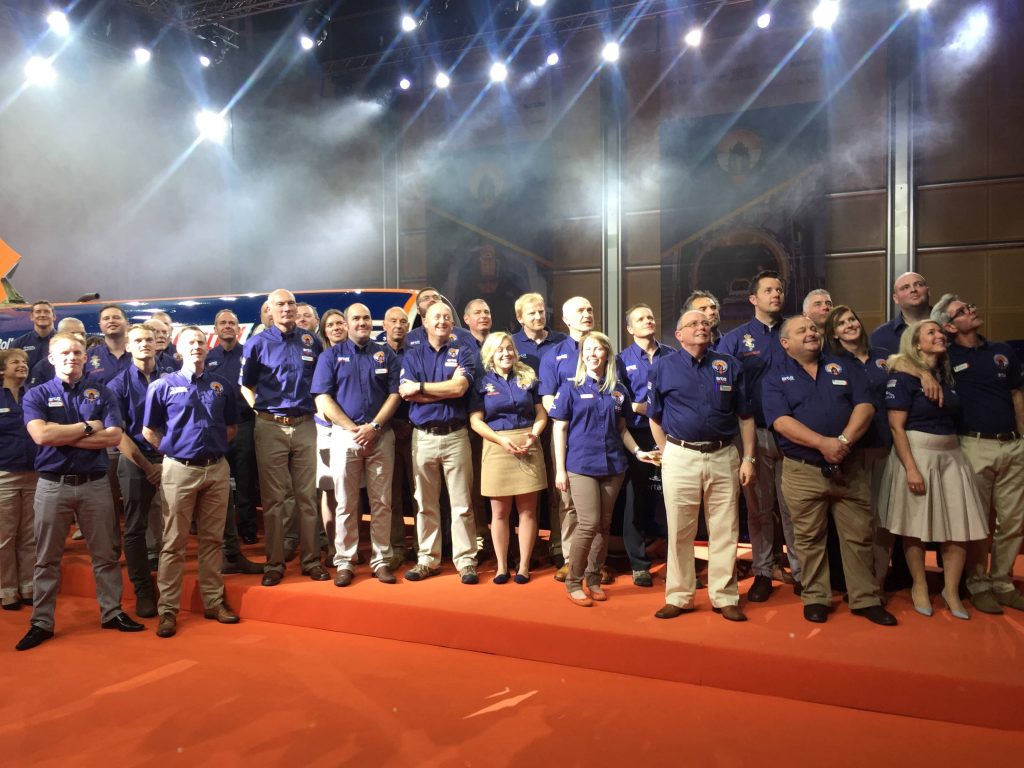 The car on show is almost the complete article. One side of the car was fully clad with its bodywork, sponsors’ names embossed across, while the other had some panels removed to illustrate what was going on beneath. We were able to look inside the cockpit, where RAF fighter pilot Andy Green will be positioned, and saw the sophistication of the controls. Imagine travelling close to 1000mph and having to remain attuned to the advanced technologies surrounding you. The cockpit is protected by panels that are able to withstand bullets and has been tested using a comprehensive ballistics test to ensure Andy Green is safe from any stray stones or debris flicked up during the runs in South Africa. 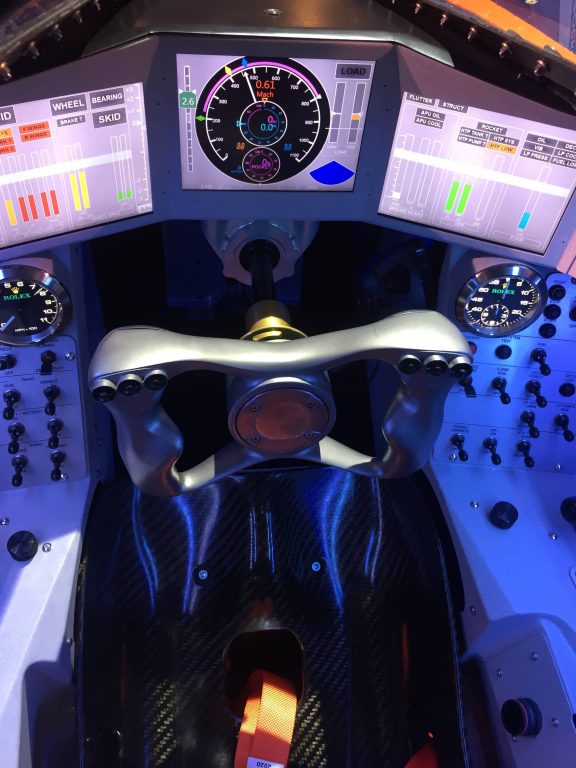 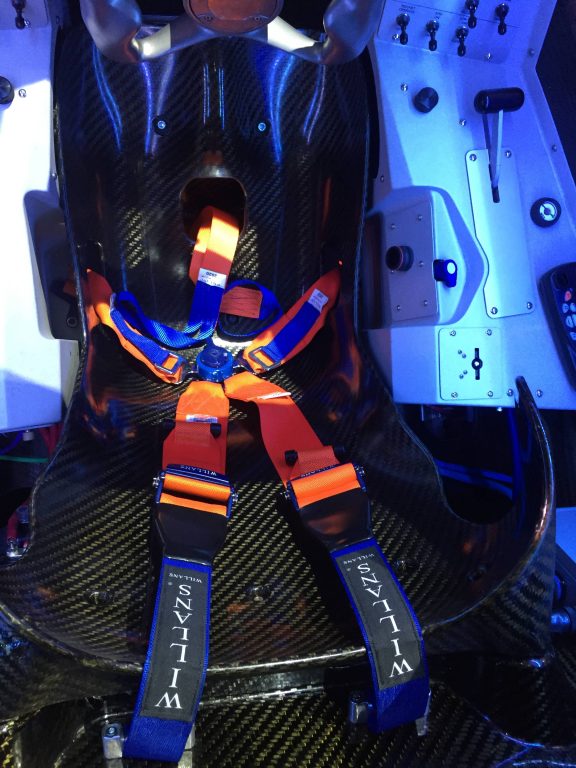 The Bloodhound car was seen by 10,000 people over the course of the weekend, and from our privileged position we thought how impressed everyone must have been. Prior to the real thing standing before us, our software support enabled the Bloodhound engineers to design a complete model of the entire car and components in 3D. In conjunction with our support they used NX from Siemens PLM Software to create models that could then be sent for manufacture, as well as keeping a digital technical record. 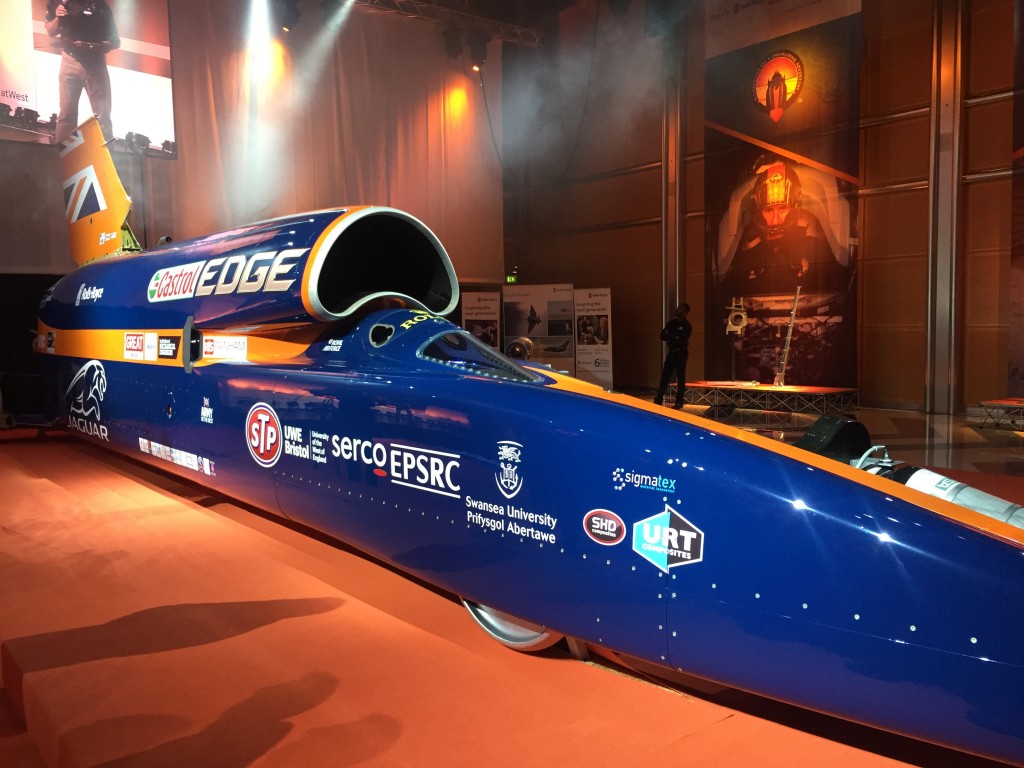 My initial impression was the scale of the car. At 44ft (33-metres) long and with a 6.5ft (2 metre) high tail fin, the car certainly imposes itself and demands attention. I’m sure the bright and glossy colour-way contributes to this impression as well. But once you come to terms with the size, it’s inevitable that you wonder at the actual design, engineering and manufacture involved at every stage of the project. The consideration and hours of contemplating that which has never been done is inspiring, and that’s what the programme hopes as a consequence – to inspire the next generation of engineers. 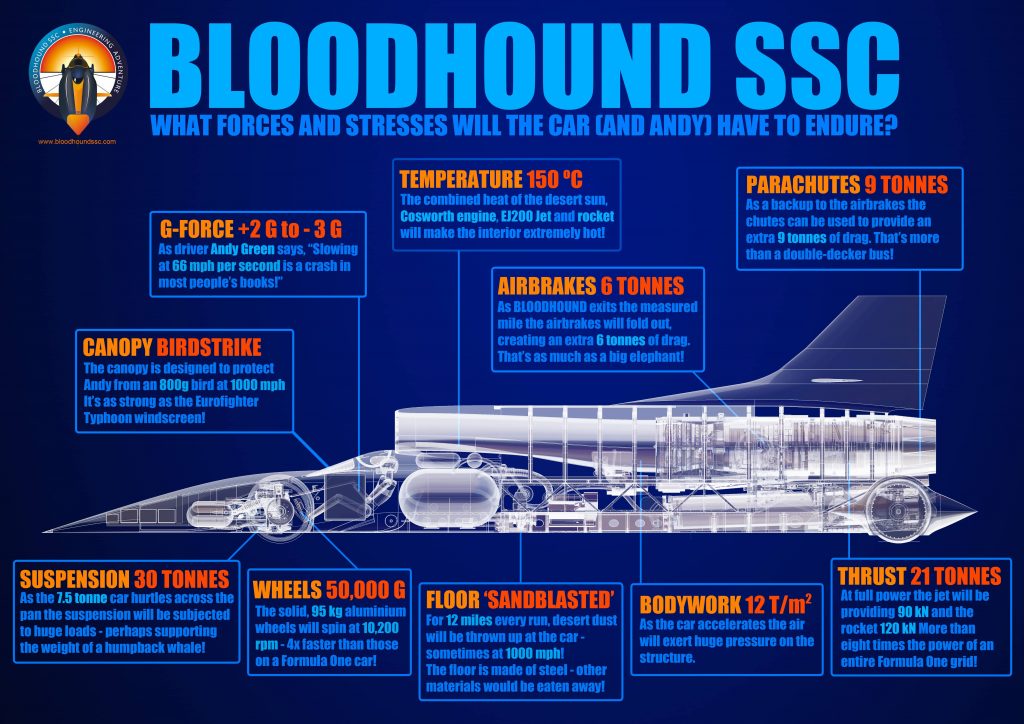 Bloodhound has an offshoot educational programme that has been touring the country to bring STEM subjects to the forefront of students’ minds. You can find out more here: www.bloodhoundssc.com/education

Below are a couple of Bloodhound advocates you should follow to keep up to date on the latest Bloodhound SSC developments: